Restoration of the Monastery of Apostolos Andreas

Located at the edge of a promontory overlooking the sea, near the tip of the Karpasia/Karpaz peninsula, in the northern part of Cyprus, Apostolos Andreas Monastery has always been a landmark of the island. The monastery has been a place of pilgrimage for Cypriots as well as for tourists travelling to the region for centuries. Now, thanks to a bicommunal restoration project, it is set to become a symbol of peace and cooperation between the Greek Cypriot and Turkish Cypriot communities of Cyprus.

The building complex of the Monastery occupies a large area that starts at sea level, where the oldest buildings are located, and extends to the west where the latest guesthouses were built. The building complex includes a neoclassical church built in 1867 that has several annexes dating up to 1914. This church stands just above the west wall of the medieval chapel that was built, along with its surrounding additions, most likely during the Frankish rule in the 15th Century.

The belfry was constructed over the south-east corner of the church around the end of the 19th Century, or the latest at the beginning of the 20th Century, prior to 1906. An extended repair with strong cement plaster was done in 1930, due to extended erosion of the stone facing the sea.

Long-awaited restoration work started in September 2014 after UNDP signed two historical contribution agreements with the Church of Cyprus and the EVKAF Administration. Apostolos Andreas Monastery has since become the first heritage conservation project in Cyprus to be fully funded by both communities. Supported by a contribution from USAID, and the commitment of a bicommunal network of heritage experts from both communities, the Apostolos Andreas Monastery is now one of UNDP’s key confidence-building projects in Cyprus.

Designed by the University of Patras, the overall restoration of the Apostolos Andreas Monastery will be developed over two phases:

Works within Phase A started in September 2014 and included the full structural and architectural restoration of the main church as well as new electrical and mechanical installations. Inside the church, the existing gynaikonitis (women’s gallery) was extended, and the altar, the ambon and the iconostasis were restored together with 58 icons. On the back of the church, a new arcade was constructed. Other works included the improvement and the upgrade of the electrical and mechanical installations in the church and the adjacent buildings. The works ensured that the church and the adjacent buildings are well restored to their original state in accordance with the technical designs and drawings. In this Phase, geotechnical investigations was also carried out in the area outside the chapel and the fountain, the results of which will be utilised for Phase B (restoration of the chapel and the fountain).

Dozens of people from both communities and members of the diplomatic community attended the completion ceremony on 07 November 2016. Hundreds of people celebrated Apostolos Andreas’ name day at the Monastery for the first time after restoration works were completed on 30 November 2016.

“Together, as Greek Cypriots and Turkish Cypriots, we are sending out the message that culture has no political or religious borders. I am not saying that we never had problems, but we always did our work with love. What shines bright at Apostolos Andreas now, is the glory of our cooperation.” Takis Hadjidemetriou

“In nearby geographies, we are watching as cultural heritage is ruthlessly destroyed. We are sending a different message: cultural heritage, when used correctly, has the potential to serve to bring different societies and cultures together.” Ali Tuncay 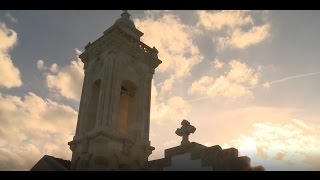